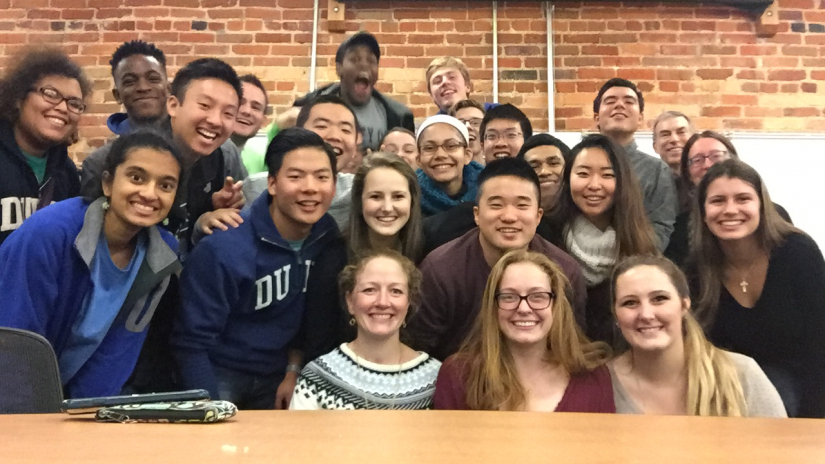 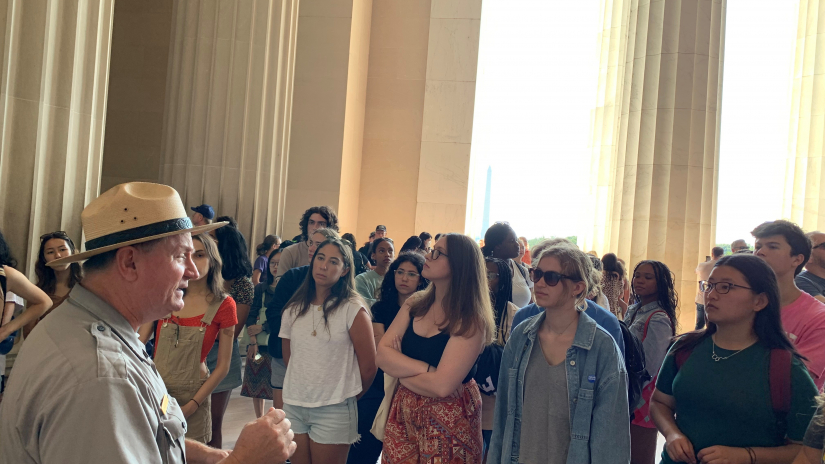 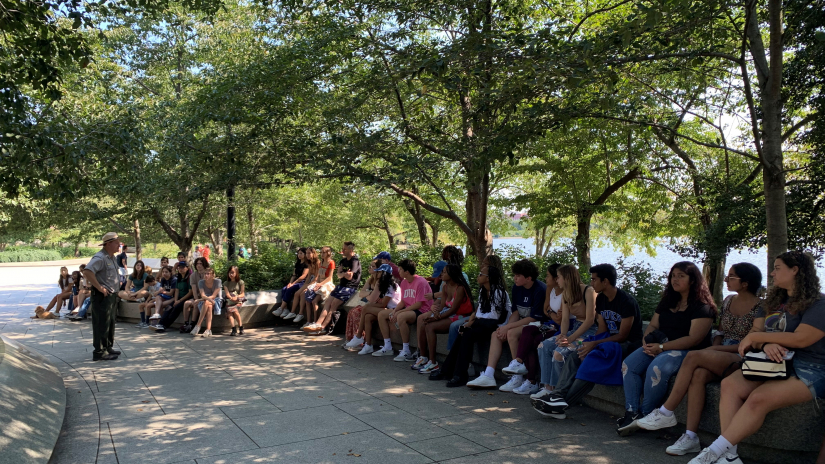 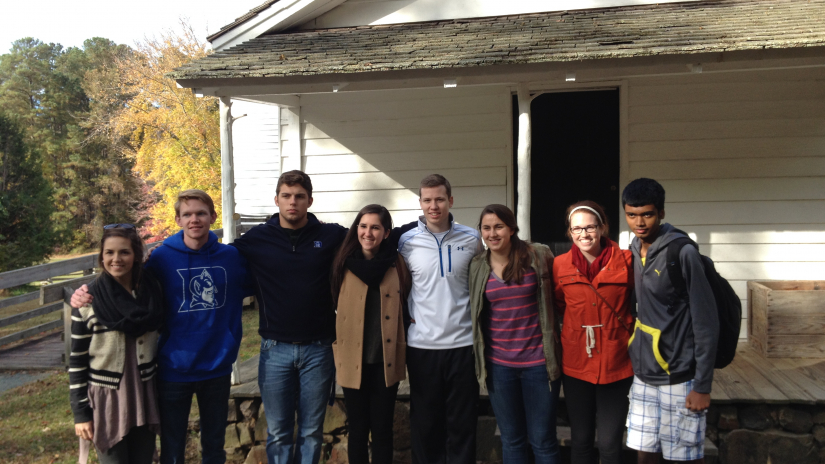 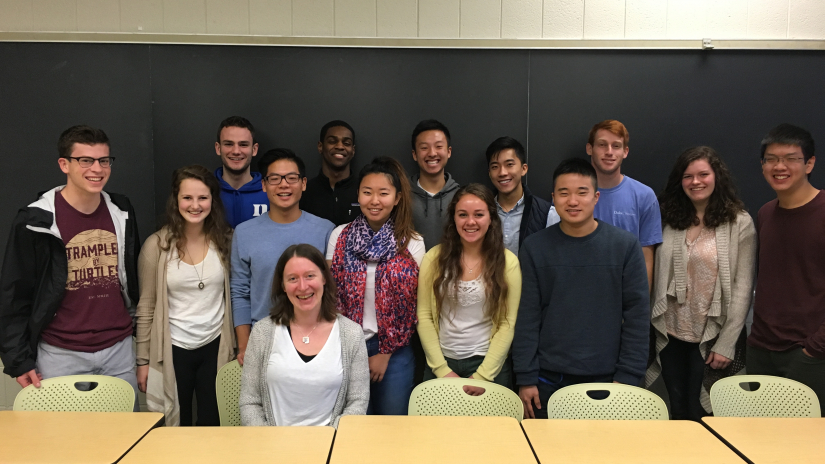 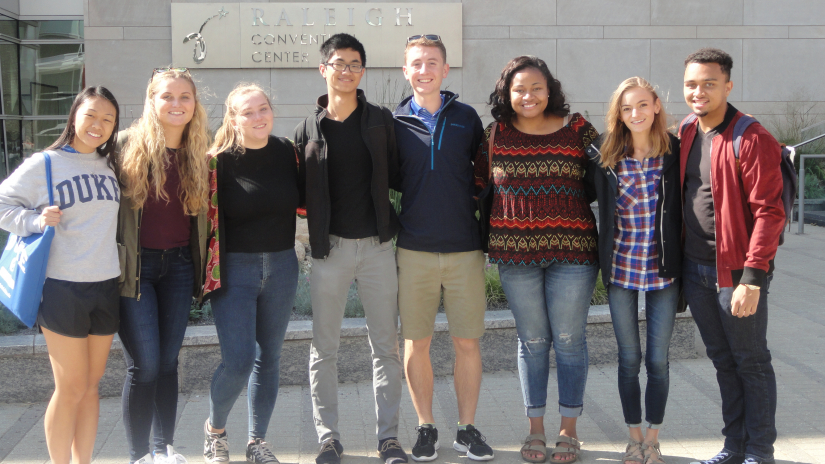 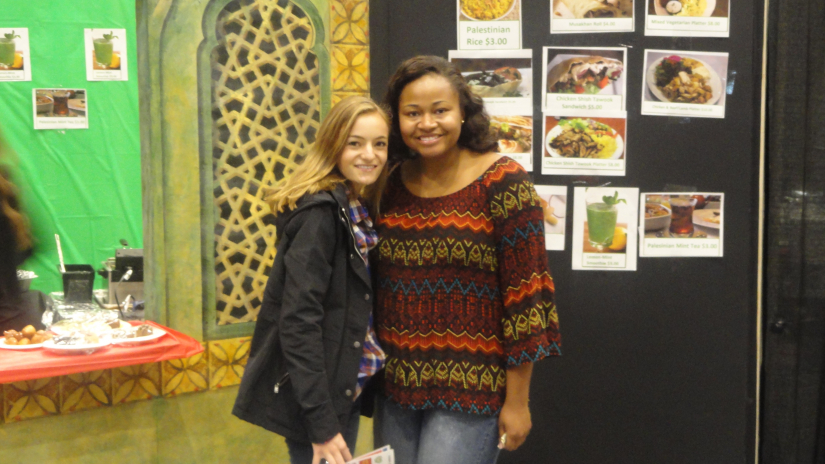 In this FOCUS cluster, we examine the making and remaking of the United States from a variety of perspectives--historical, political, philosophical, religious, legal and literary. What does America profess to value in its institutions, and what realities does it, in fact, institute? How are we to know the differences? Can they be addressed? In each seminar, we examine the interplay between consecrated ideas of what America is—a land of opportunity, a city on a hill, a nation of laws, a society dedicated to the principle that “all men are created equal,” and the lived experience of Americans, including those who have been dispossessed by slavery, nativism, racism and other forms of prejudice and injustice. We continue these reflections at our weekly dinners, where we pay particular attention to the aspirations and historical realities that have shaped Duke and Durham. 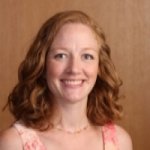 This course explores major themes and moments in American religious history that have shaped the development of the nation. The approach will be chronological, but also topical: we will begin with the continent’s original pluralism in its hundreds of Native American religious traditions, then move to powerful varieties of Protestant Christianity as they interacted with smaller groups, including colonial era Jews, upstart Mormons, African American Christians, newly immigrated Catholics, and more recently arrived immigrants who practice Hinduism and Islam. We will talk about Ghost Dances, spirit rapping, polygamy, holy wars, self-help groups, faith healing and psychedelic religion, as well as more mainstream developments such as Vatican II, conscientious objection, televangelism, the ordination of women, and same sex marriage.

Rather than debating religious truth, the course explores and analyzes the many religious perspectives that have shaped American history. This exploration includes looking at things that many students would not consider “religious” at first glance, and thus thinking deeply about how we define religion with a goal toward understanding and appreciating the richness, complexity, and influence of this country’s contemporary religious landscape.

This course will reckon with representations of the region of the United States that, as William Faulkner describes in Absalom, Absalom!, has been “dead since 1865 and peopled with garrulous outraged baffled ghosts.”

The historical lens of slavery produces a condition of grotesquerie that itself has blossomed into fields of insanity.  Our tour of the South will seek these out, focusing in on the unsavory, haunted and peculiar figures we meet along the way—figures, who, according to O’Connor, are “not images of the man in the street…[but] images of the man forced out to meet the extremes of his own nature…the result of what our social history has bequeathed to us, and what our literary history forces our writers to attempt.”

So, rather than consider works that romanticize or apologize for the South’s sordid history, our syllabus will be populated by works that offer distorted visions of Southern life, history and culture.

We will consider depictions of the South in fiction (novels, plays and short stories), music (country, blues, bluegrass, gospel), film and television.  This evolving character analysis of the region will tend toward the fantastic, terrible and estranged. With this in mind, your assignments will help you develop strategies for understanding and writing about forms of representation that are, in and of themselves, uncanny and highly stylized. 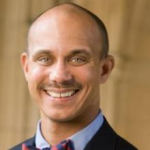 This course is framed by a simple contradiction. Race is real, yet it is a myth. Racial categories are very real social and cultural phenomena. They are rooted in history and culturally constructed through laws, the media, and various institutions. These categories are reproduced, subverted, and sometimes changed by people through socialization, media consumption, interaction, dialogue, protest, and political participation.

Yet, what makes race real, animates it with so much power, and fosters its tenacious hold on much of the Western world’s collective psyche? It is the fact that people largely believe that race has something to do with nature, biology, or rational science. Ironically, biology and so-called natural sciences provide the best evidence that there is no valid basis to organize people by racial categories.

In this course, we will focus on the discipline of anthropology and its role in shaping the cultural politics of race. We will explore both the historical construction of race and its contemporary manifestation as a crucial aspect of American culture and an integral component of people’s identity. We will also explore how people experience race in different parts of the world.

At the conclusion of this course, you should be able to critique contemporary ideas of biological notions of race, explain how race is socially constructed through laws, media, and popular culture, and understand that patterns of human diversity do not fit neatly into categories of race. Finally, you will begin to understand why race remains a powerful force in contemporary society. 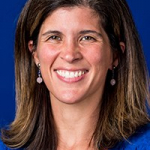 This course will examine linguistic features that participants in schools throughout America use as they negotiate classroom cultures. We will examine the notion of classroom cultures (and their verbal and nonverbal features of communication) through the lens of historical and current primary sources that include a range of American experiences. As we study these, we will examine discursive moves that are based in—but not limited to—racial, ethnic, gender, and socioeconomic stereotypes. Our main goal will be to consider how teachers and students can most appropriately work together at different grade levels to develop and build upon discourses that respectfully address potentially uncomfortable topics. The course will challenge all of us to consider ways that teachers can partner with their students to foster inclusive classroom communities built upon empathy, active listening, critical thinking, and objectivity. 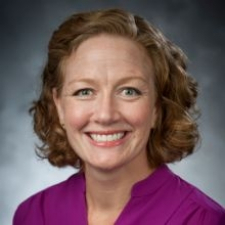